This is the 23rd of 81 installments of the prosepoem hidden behind the leaves. The first poem was published August 16, 2020.

chirps and peeps and tweets and sudden brittle laughter from the children gathered around the richly robed abbot; hanging apron on hook, out up the shoveled path between the drifts of snow, a dim glare of sun blanketed by high gray mist, cold past the still buried garden to the steps up and up and the silence of the wood, the palpable stillness of this silence, the silence that is the essence of the natural world filling the void behind the susurrus of leaves and limbs and the glare and blare and the chatter and clatter of industrious little men 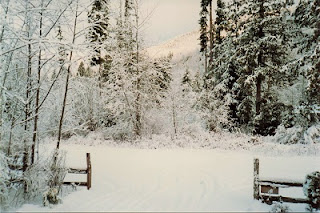 Sparse are the explications from nature's creations.
Strong winds come and go;
Rain rarely lasts the whole day long.
No reasons why; just the way of the world.
Surely something man should emulate.

Aphorism:
Those who know don't say; those who say don't know.
Sages have always argued for taciturnity. East or west, the message is the same: "In the multitude of words there wanteth not sin; but he that refraineth his lips is wise." (Proverbs 10 : 19.)