If Mr Einstein would have his way, everything is relative. Small is a relative term. A small child is a toddler or perhaps a five year old just off to kindergarten, or an undersized 10 year old. A small craft, as in small craft advisories issued by the National Oceanic and Atmospheric Administration, refers to a vessel less than sixty feet in length. And smalls are --- at least in Britain and Australia --- one's undergarments. Small, clearly, is relative. 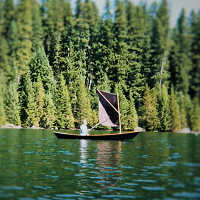 A small boat, then, can be an 8' pram, a 24' sloop, a 50' ketch or any other of the many configurations of hulls and rigging as long as it is less than sixty feet in length. Despite NOAA's dictum, to the dapper gent on the upper deck of a 1000' foot cruise ship halfway to Hilo, a 100' yacht may seem dismally small. That is what relativity is all about. Eye of the beholder, you see. Point of reference and all that.

Small talk is the medium with which humans weave their social fabrics. How's the weather? Baked a cake today. The dog's got fleas. Some people are better chatting comfortably with their fellows than others. Darwin had no use for what he considered inanities. Serious fellow, this Darwin. Much too busy explicating evolution to natter away about a rainy day. Most talk at the bus stop, if any talk there be, is not about the speed of light in a vacuum.

Simplicity, it seems to me, is inversely proportional to size. Growth inevitably leads to complication. Detroit is far more complex than Winnemucca. This inverse proportion seems to hold true for everything from strawberries to planets. An amoeba makes an interesting study. Cancer cells offer frustration and endless deliberation.

This brings us to the relationship between elegance and simplicity. The pairing of these two --- simple elegance; elegant simplicity --- is well documented. Indeed, elegance is often defined as beauty marked by an unusual simplicity which is focused on one essential feature of a person, place or thing: one color, one shape, one sound. Cacaphonic music would never be labeled elegant. So we posit another inverse relationship: complexity, and thus size, must be the ruin of elegance. Complexity tends to stun one's cerebral cortex so that focus is lost and confusion reigns. Perhaps the redwood tree is an exception. Or whales. Nevertheless ...

Small comes from the Old English smael which is of Germanic origin and related to Dutch smal and German schmal. Latin for 'small' is, among other translations, parvus carrying the meaning 'short' as well as 'small'. Synonyms for 'small' are compact, little, and bijou. Bijou, by the bye (in the 1500s, this word 'bye' referred to a side path, down which we have wandered ...) is synonymous with small, little, compact, snug, cozy.

Simple comes from Middle English from Old French from the Latin simplus. The noun form of the word originally (mid 16th century) referred to a medicine made from one constituent, especially from one plant. Current synonyms are uncomplicated, without much decoration or ornamentation, composed of a single element, not compound.

Elegant originated in the late 15th century from French from the Latin elegans which is related to eligere, to chose or select. As an adjective, the word carries the definitions of pleasingly graceful, tasteful, discerning, refined, among others. When referring to a scientific theory or solution to a problem, the definition is pleasingly ingenious and simple. 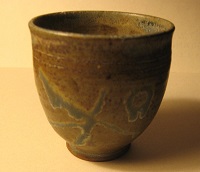 The relationship between the three words is, admittedly, rather convoluted; which is to say, alas, complicated and therefore not the least bit elegant. Both 'small' and 'simple' have multiple meanings and 'elegant' traces its origins to a different source entirely so the link is tenuous. One must reach for it. Perhaps it is a bit of a stretch, but a common thread does run through these concepts.

The connection comes from the definition 'one': one plant, one thing, etc. 'One' suggests an integrity, something that is not duplicit (two-faced, false). Integrity might well be the common thread to elegance; and, by extension, to simplicity and smallness as well.

So what difference does it all make? Most people of sense would find integrity an important concept. Elegance is, I fear, rarely considered. Americans are driven by size, the bigger the better. The fact of the matter is that small boats give far more pleasure than large boats. Most boats of any size spend their days tied up in the marina while dinghies, kayaks, and drift boats are out and about exploring the watery byes. Small boats get used. Cliches abound extolling the benefits of small: keep it simple stupid, walk before you run, brevity is the essence of wit, know when to stop. Even the Peter Principle has at its core the folly of increasing growth ( ... in management, one rises to his or her level of incompetence). And the classic philosophic principal, Occam's Razor, might be the last word on the subject: Entities should not be multiplied without necessity.