Previously, I listed the six most influential author's of detective stories. This week's post concludes the biographies of those writers. 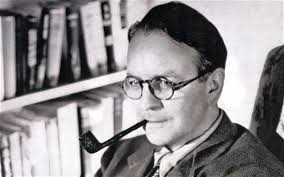 "Chandler wrote like a slumming angel ..."
The New Yorker

Raymond Thornton Chandler was born in Chicago on July 23, 1888. At seven, his divorced mother took him to live in England. He attended prep schools early on, then went to university in France and Germany. Like Rex Stout before him, Chandler cobbled together a career in business before failure there pushed him into a writing career. He developed a distinctive prose voice and a knack for pungent metaphor. Often quoted is this: It was a blonde. A blonde to make a bishop kick a hole in a stained glass window.

On his return to England after his European studies, he set out on a writing career with mixed results. By 1912, frustration moved him to the United States. A variety of jobs followed: tennis racket stringer, creamery book keeper and others of that sort. In 1917, he joined the Canadian army and fought in France. After his discharge, Chandler returned to Los Angeles.

At 36 he married Pearl "Cissy" Pascal who was 18 years senior to Chandler, and already twice divorced. He worked as a bookkeeper for an Southern California oil syndicate despite what he believed to be a corrupt industry with disreputable executives. With the depression, the oil business, too, slumped. Cissy's health began to fail and Chandler began drinking and carousing with company secretaries. He was fired in 1932.

Unlike Stout, necessity pushed Chandler to writing. A growing market for detective fiction seemed the path to take. His first story was published in 1933, sold to Black Mask Magazine. The demands of the pulp fiction market---tight plots, word length, subject matter---gave him a template to work within and he soon mastered the medium. He excelled at creating an emotional climate through apt description and original dialogue.

Amidst this success, his wife Cissy struggled with fibrosis of the lungs. She died in 1956. Her death devastated Chandler. His self-described 'long mourning' produced bouts of destructive drinking and at least one suicide attempt. His biographer, Frank McShane, remarked that " ... the emotional sensitivity that made [Chandler's] literary achievement possible also made him miserable as a human being."

Despite his 'long mourning' Chandler managed to write six more Marlowe novels as well as a number of short stories. Two of the books, Farewell My Lovely and The Long Goodbye, are regarded as classics of the genre.

His legacy as an artist contributed to the careers of many writers. Those that followed --- Robert Parker, Michael Connelly, Timothy Harris, Arthur Lyons, Max Allan Collins, Robert Crais, Walter Mosley, Sara Paretsky and many others --- all built the edifice of their work on Chandler's foundation. 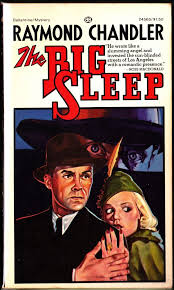