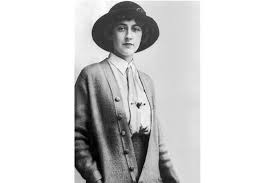 Agatha Mary Clarissa Miller is arguably the best selling author of all time. Estimates of the sales of her 83 books stands at about 2 billion books. She created two detectives who are as recognized as most top film stars: Hercule Poirot and Miss Jane Marple. Poirot is a Belgian dandy whose methods were taken from Conan Doyle's Sherlock Holmes. Poirot relies on 'his little grey cells' and deductions follow. Marple is an observant elderly lady who is most often underestimated. She, too, relies on deduction.

Christie was the daughter of an American father and a British mother. Born in England in September of 1890, she was taught at home, learned to read at five, and grew up surrounded by a family that thoroughly enjoyed telling stories. At 24, she married a Colonel Archibald Christie.

Unfortunately, the marriage failed badly. The Colonel was a philanderer. Christie drove off one day in December of 1926 and disappeared. Stress induced amnesia of one sort or another was the diagnosis. She had checked herself into a resort hotel under her husband's mistress' name, and claimed to remember nothing of the intervening days.

Regaining her health --- divorcing the Colonel no doubt helped --- she resumed writing. She had already published five novels with some success. The Murder of Roger Ackroyd, earlier in 1926, became a best seller, and launched the public acclaim for both Christie and her Belgian detective, Hercule Poirot. In her autobiography, Christie acknowledges that she was " ... still writing in the Sherlock Holmes tradition --- eccentric detective, stooge assistant, and a stolid police man ..." 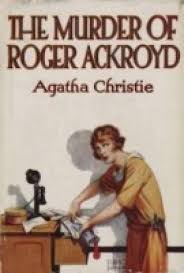 By 1934, Christie had found a new niche. Her novels began to feature unlikely scenarios in which her characters acted in the most likely manner. Miss Jane Marple, one of the author's favorites, first appears in Murder In The Vicarage. Marple, no doubt speaking Christie's mind as well, often remarks in the calm manner of your favorite grandmother, that all human beings are prey to their weaknesses and that some few are completely immoral. And it is the books of this period that Christie espouses the philosophy that to kill a killer is only justice.

For her exemplary career as a writer, Agatha Christie, age 81, was named a Dame of the British Empire, a woman's equivalent of knighthood.