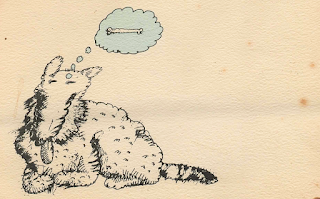 
This is the fourth installment of my brief history of the Columbia River. As mentioned last week, this history is brief on several counts, not the least of which is the fact that I am only considering the sections of the river that form the Oregon-Washington border. As Lewis and Clark's voyage down the river dovetails neatly with this history, I will include snippets from their journals as well. These journals are best read in their original format even though the spelling, capitalization, and punctuation are all problematic. Any added annotation is mine. The river, historically, had changed very little for thousands of years before Lewis and Clark recorded what they saw. This week the story brings us to the first major rapids of the river below its confluence with the Snake River.


The Great Falls of the Columbia

The Columbia is a curious river. As Lewis and Clark discovered, long wide reaches, shallow and calm, are followed by short treacherous drops of "great impetuosity"1. Just above Miller Island (RM 207), for example, the river is nearly a mile wide. At Celilo, just fifteen miles downstream, the river, before the Dalles Damn, narrowed to as little as 75 feet and churned itself into a series of rapids and falls (Threemile, Fivemile, The Dalles, Tenmile, and Celilo). Over a 10 mile stretch, the river dropped some eighty feet culminating in the horseshoe falls that effectively blocked travel on the river.

Lewis and Clark had left the Umatilla Rapids (and the mouth of a small river on the "larboard side" --- most likely the John Day?), and paddled another twenty miles or so before arriving at the Great Falls. They landed and took council.

"... 6 miles below the upper mouth of Towarnehiooks River (Deschutes) the commencement of the pitch of the Great falls, opposite on the Stard. Side is 17 Lodges of the nativs ... we landed and walked down accompanied by an old man to view the falls, and the best rout for to make a portage which we Soon discovered was much nearest on the Stard. Side, and the distance 1200 yards one third of the way on a rock, about 200 yards over a loose Sand collected in a hollar blown by the winds from the bottoms below which was disagreeable to pass, as it was Steep and loose. ..."
Journal of William Clark, October 22, 1805

Celilo Falls was the great meeting place of the Pacific Northwest. Archaeologists can date human occupation of the site for as long as 12000 years (just after the last of the Bretz Floods). The place and the falls went by many names (Horseshoe Falls, The Chutes, Wy-am), but Celilo was not one of them. According to the Oregon Historical Quarterly (April 1915) " ... the name does not appear in print before 1859, as far as yet discovered. The earlier journals and letters of fur traders and travelers do not mention it ..."

The journals of Lewis and Clark provide the first glimpse of Celilo. 7000 - 10000 people lived between what today is Cascade Locks and The Dalles. In the Pacific Northwest, ethnographers estimate that there were 125 different tribes that spoke 56 different languages. Klickitat, Wishram, and Wasco would come from the inland plateaus to trade with the river tribes, the Clackamas, the Wahkiakums, and Chinook. It was Captain George Vancouver, noting that these natives had developed a common language, who labeled it Chinook jargon. It was Lewis and Clark who noted that disease from early contact with American an European traders at the mouth of the river had already begun to scythe its way through the tribes.

It was fish that made the relatively large population possible. Annual runs of 11 million to 16 million salmon and steelhead made the river a magnet for native Americans. Though rife with hazards, the fishing provided a lifestyle for many and a means of trade for many more. With the coming of the horse around 1730, this Columbia River crossroads became the hub of the Pacific Northwest.

gv simoni
If you have arrived here by happenstance, words and language are what you will find. A few photographs. Visit my publishing website at majikwoids.wixsite.