At one end of a spectrum, let me posit a 16th century Japanese sword master. At the opposite end of this spectrum stands a 13 year old American male middle school student. The first fellow is trained in martial arts and steeped in Zen Buddhism. The second is an indifferent student who plans on playing in the NFL. The sword master manages his thoughts and emotions to perfection; the boy does not.

Learning how to think and behave is the single most important task that our species has before them. Our myriad thoughts and many emotions often become a thicket from which we rarely escape unscathed. Understanding a problem begins the process of solving the problem. 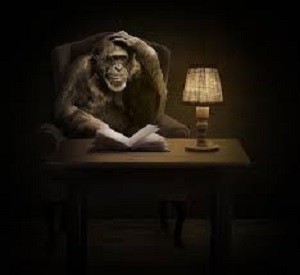 Despite many long lists of various errors we commit while attempting to negotiate life's little byways, all can be placed in one of five categories:

Generalizing: I'm so bad at math (so why bother with the subject)
Fantasizing: I'm going to play in the NFL (so I don't have to study)
Rationalizing: it's only a little dent (so I don't have to be concerned)
Minimizing: NBA rules, no blood, no foul (so why make a big deal out of nothing)
Maximizing: the sky is falling (so who cares)

All of the above types of thinking errors involve deceiving another person. Deception, according to evolutionary biologist Richard Dawkins (The Selfish Gene) seems to be innate. It is what all organisms do to survive. Deceiving ourselves, on the other hand, seems to be uniquely human.

Awareness helps us to steer clear of the thinking pitfalls. Not fooling ourselves is a necessary first step. Learning mathematics might be the best way to learn how to think clearly. As I have pointed out previously, 2 + 2 is always 4. Math might be as near as we can get to clarity.

One might try Zen meditation to clear one's mind, but most people are too far removed from the essence of this philosophy to make that practical. Besides, math teachers are much easier to find than Zen masters.

Please leave a comment or question in the Comments box below (or click on No Comments). You may add your email address or publish anonymously. Preview your comments, then Publish. The Z-dog thanks you.