Homo sapiens have the proclivity---just looked that one up, a bon mot if'n I do say so meself---for assumption. Time is taken for granted; water is taken for granted; and children---don't get me started on parenting. Bite somebody's head off. We'll just have a look at some punctuation and call it good.

Quotation marks, primes, and apostrophes are used and abused with abandon. Good reason for this: hard and fast rules are not available. Check your three major writing format styles---MLA, APA, and CMS---and you get a plethora of feeble conditional responses. And that's just for the US. In Great Britain, the Oxford Guide to Style (Originally Hart's) provides the descriptive rules.

Most agree that apostrophes are punctuation marks. Some note that they might be used as diacritical marks. This applies to English and a few other languages. Geoffrey Troy introduced these marks to French in 1529. Before 1868, the Japanese didn't use any punctuation. Only after the Meiji Restoration, when they mimicked everything western, did the practice change. The word itself comes from the Greek (no surprise) προσῳδία [ prosōidía] meaning a turning away or elision. In English, you folks use it for omissions, possessives, and the marking of plurals for individual characters.

Primes (and double primes) are used in mathematics and measurement. They look much like apostrophes. 6' 7" for example. In fact, primes don't exist on most keboards and have to be inserted as a special character. Most just use the single apostrophe, as I did. This 6ʹ 7ʺ uses primes.

There are more quibbles, but best to double check a style guide and then use intelligence guided by experience.

A final note: Bernstein, in The Careful Writer insists that 'quote' is a casualism for 'quotation' and should not be used in formal writing. Not everyone agrees. 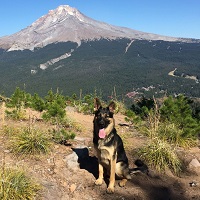